Both of the partners are equal in a couple which means that nothing would be odd if both of them share things even if they are completely feminine or masculine. Similarly like that, the flowers do not only belong to the bride side, the groom side could have a part of it as well. They could be added as the accessories of the groom and the groomsmen squad which is the boutonnières in giving in that complete look to the attire on the wedding day. But for the next year, the game of the boutonnières would be levelled up as well by having different trends to it. The top 10 trends that might be there would be described as follows.

Much more colours would be introduced in the florals which would be freshly picked, going along with the bouquet of the bride so that there could be a uniformity not only on the event but also for the pictures as well.

In the year 2021, the usage of foliage and the bleached greeneries would be increased quite much. As for the recent years the couples used to go for the masculine boutonnière by not having that greenery and thistle and the florals whereas the mid of the bunny tail grass, there was an uptick in it along with having the bleached Italian Ruscus and the foliage in dried copper which seem to be like Autumn eucalyptuses.

The trend might have much more lusher boutonnières instead of having just a small simple flower to it. The down-sized versions of the wedding bouquet have been the eye-catching piece for the couples which has much less volume to it but does not stop itself from having the wow factor to it. Those days have gone when being fine and subtle were the trends, because now there would be much more blooming layered textures to it. 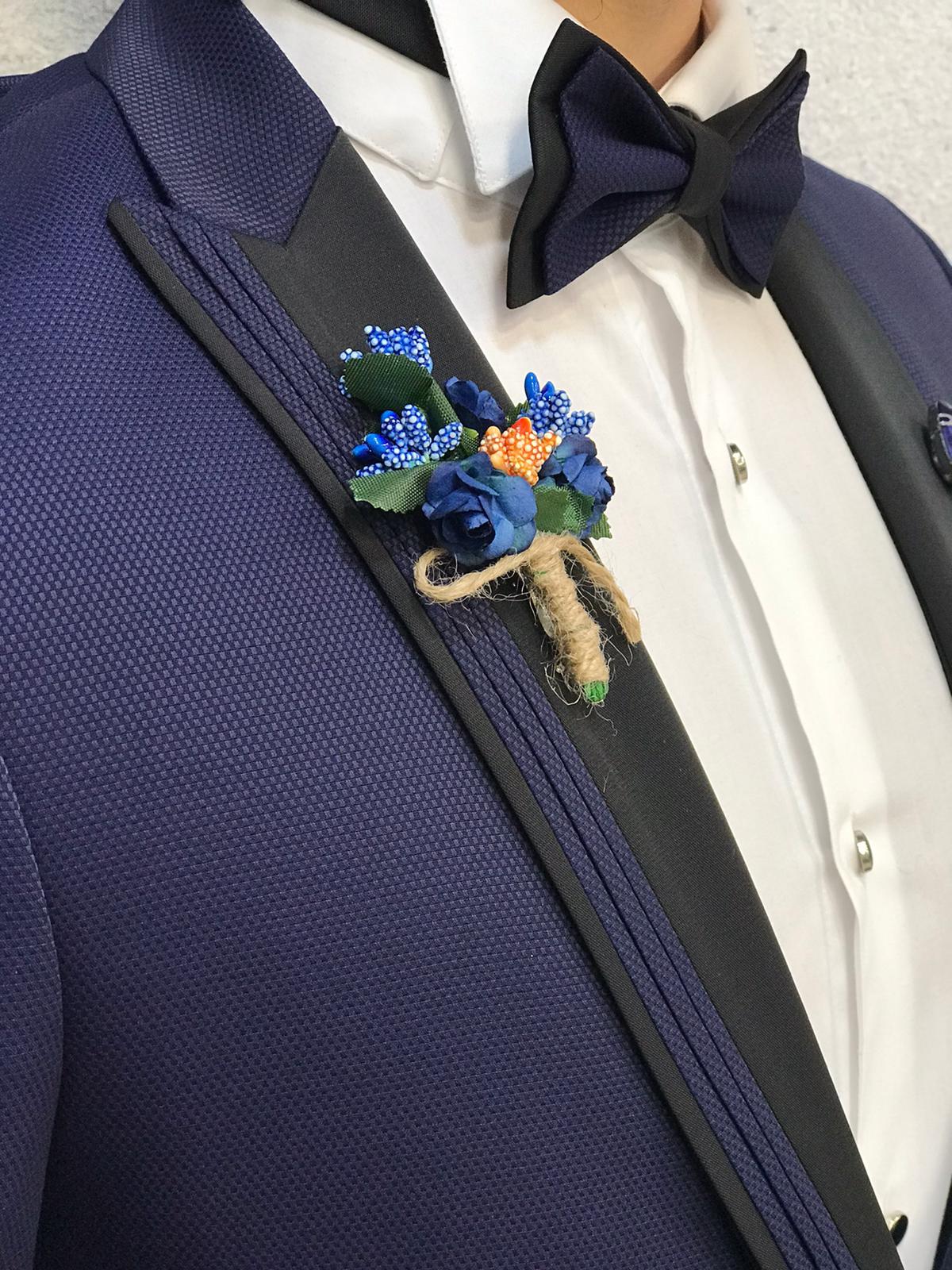 This idea would include having that foliage, the herbs and the small blooms pairing with each other which would pay homage to the bouquet of the bride.

This trend would the boutonnières filled in the pocket square instead of hanging it on the lapel with the help of the pin attached to it. Although they would be much wider than usual.

How can somebody miss a cherry in those lovely places? To have a that fruitful look, the boutonnières would be having the berries to it with the natural foliage in its arrangement. Apart from berries, other small fruits could even work out according to the weather as well which would give a nice touch after all.

Those ribbon wrapping for the boutonnières would play a very important role in 2021 by covering up that unfinished look made by the tape.

As having many options for the florals to be added in the boutonnières, mostly the couples show their creative side here. In 2021, along with the other trends, the couples would be having mixed mediums like the twisted metals instead of the dried sea urchin on the beach celebrations.

Lastly, it would be talking about having something memorable from the wedding day, and nothing could beat the floral pocket square in it. It gives in that vibe like both of them with intertwined with each other and produced that little pocket square boutonnières to it, which at the end of the day, is unique and adorable.