In this year, there have been some of the life-changing situations which have made the couples to think over their wedding plans from a new perspective. The ones who would want to get married during winter would need to check in with the guidelines for the safety of everyone while the event would take place at some outdoor location. As the weather would be cold, the groom and his squad along with those men in the guest list would need to consider a few things while attending an outdoor wedding. Some of those things are described as follows. 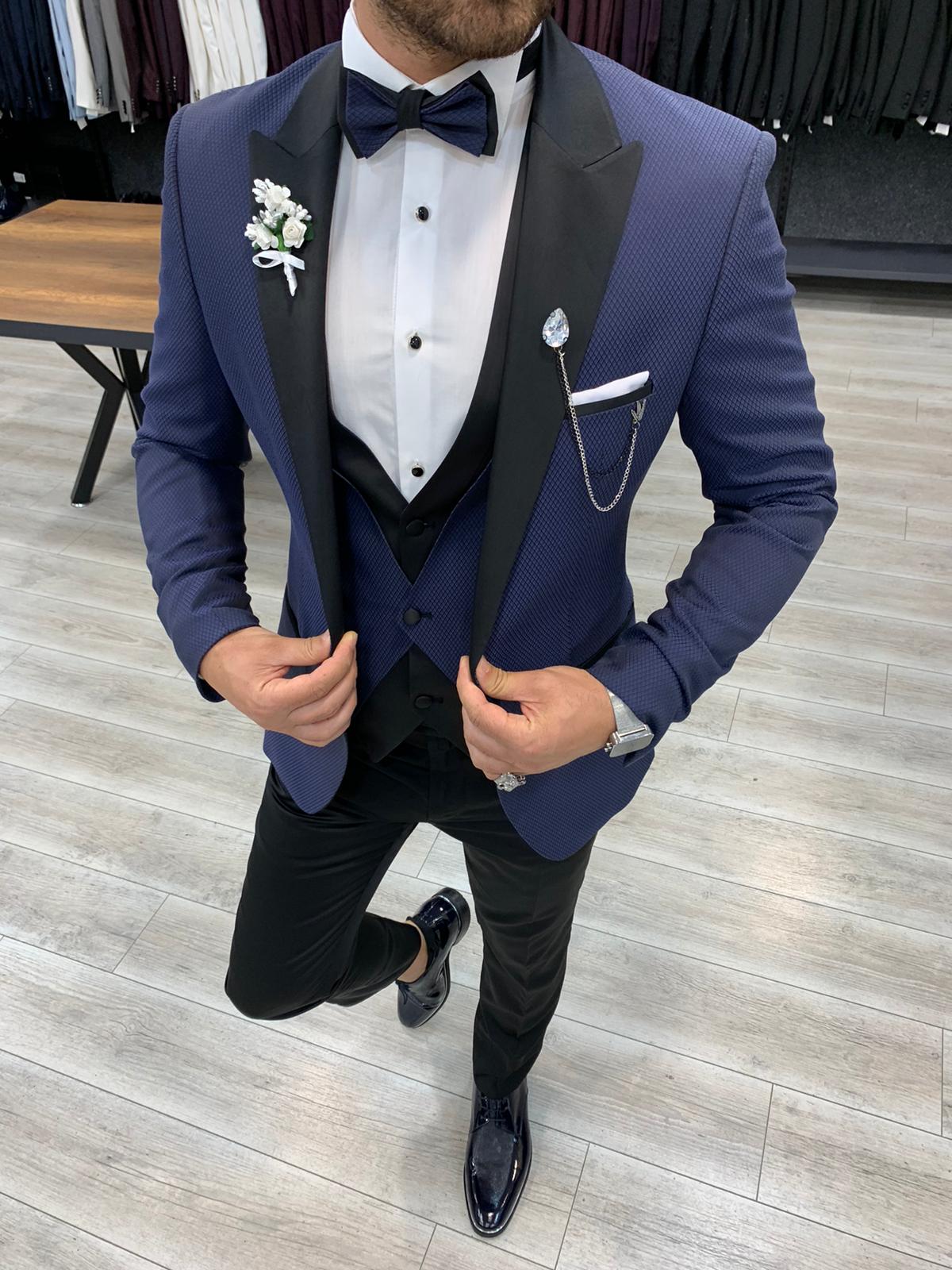 As it would be a big day for the couple, you would surely want to consider your dress code as a priority. If the wedding would be formal or even semi-formal, you would want to wear a tuxedo, whereas if it would be a casual or a cocktail occasion, the suits would do just right by you.

Consider the Time of the Day

While you would be going to consider your attire, you would want to take a look at the time of the big day whether it would be during the day or night. The darker shades of blue and grey would be perfect for the night whereas those lighter shades of greys and blues would be great for the daytime wedding.

Look at the Weather

Some of the locations are not cold, it is just the weather that we talk about. There are probabilities of the evening turning to be chilly and having more rain that was not much expected. So the fabric of your attire; the suit and the tuxedo would matter here, which of course, needs to be comfortable as well. We here provide 100% merino wool suits that are great.

Check Out the Venue

You would need more look and décor while having the wedding outdoor because those rustic, the nature-inspired look goes quite well in the garden or even a barn. Whereas the style having sophistication in it would be much appreciated at a venue like a hotel rooftop.

Having a best underneath it would help you keep warm like a vest under your suit or tuxedo. If you are dancing or tired a bit, you would want to take off your jacket which might tone down your personality, hence adding a vest to the suit or the tuxedo would maintain your look.

Put On a Cotton Shirt

Just like the vest, when the jacket would be put down for any purpose, you would want your shirt to stay on and speak for your personality. Those thick fabrics of shirts would make you feel uncomfortable which you would want to avoid for sure. Hence, a soft cotton shirt which is well ironed out would be great because it would be breathable as well. 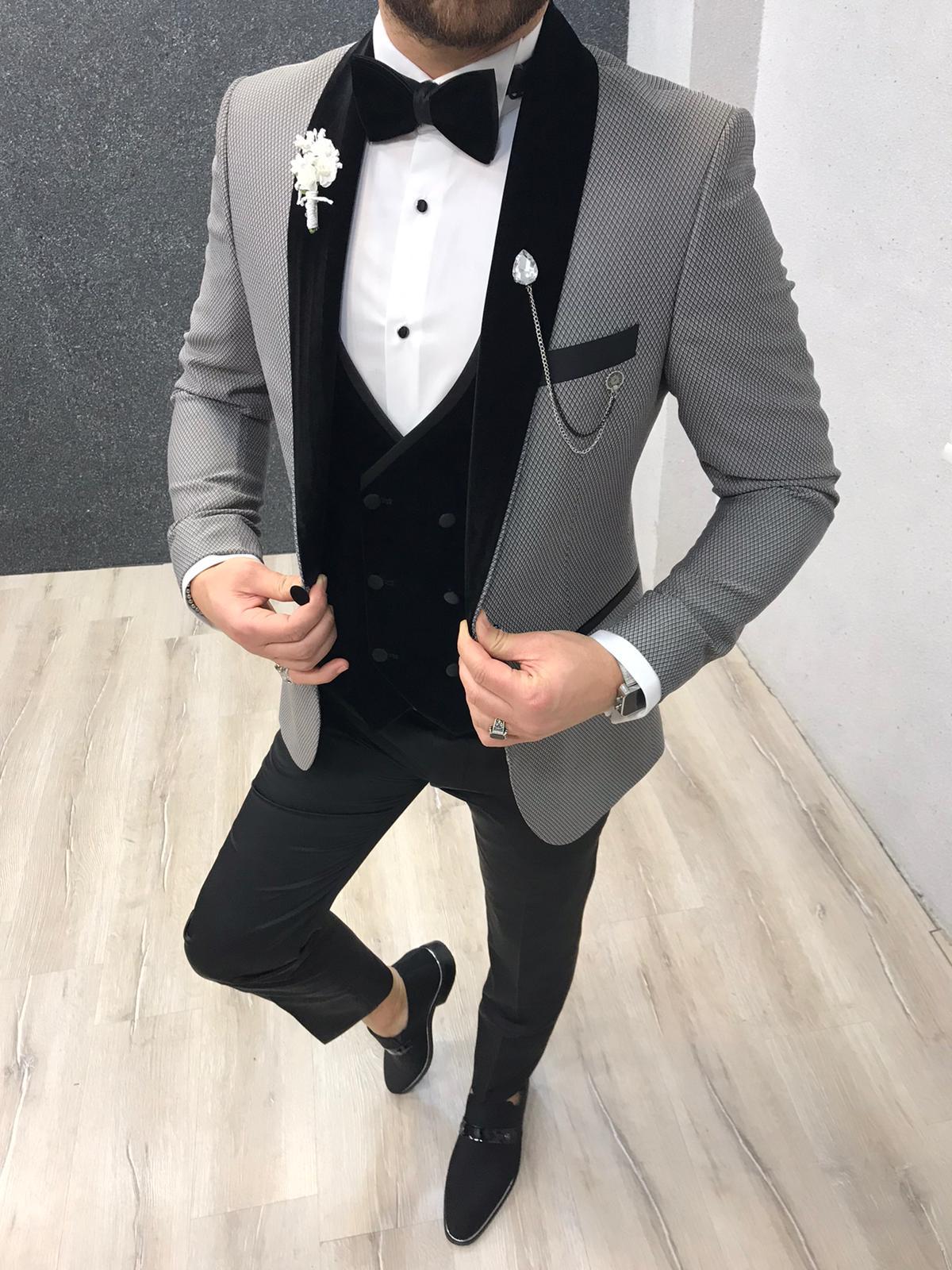 Winters is the season of experimenting with colours in your fabrics s you do not need to be worried about it. But somehow, those dark shaded attires are much better in winters instead of those light spring or summer colours. Some rich hues could be added into the pocket square and tie like red, green, blue and purple, however, silver is celebratory or that could be added as well.

Plan Out Your Footwear

As being winter, there would be high chances of snow, and being a wedding occasion, you would be spending your time in a heating tent for sure. However, nothing can beat the beauty of the pictures taken in the snow for which you would want to be prepared in any case. As for this purpose, it would be better to have weatherproof footwear because you could change your dress shoes later as well.

Pin on a Seasonal Flower

As the weather situation, your flower could bloom at the wrong time and could be dead even before you say I do. It would be best to go for those hearty, in-season flowers which would be able to survive that cold temperature outside.

For the sake of the pictures and the warmth, you would want to add in some extra pieces. It would be great if you go for a scarf which should be fashionable and matching your attire. If you would having some extras like these, you would want to keep the number fo accessories less on yourself. Lastly, those pair of cufflinks would do you a great deal.